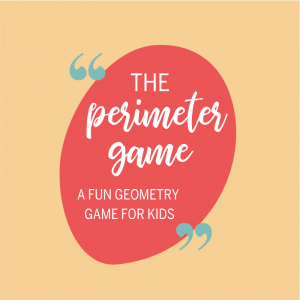 I came up with this fun perimeter game for kids after I had this conversation with a 4th grader:

This girl had learned perimeter as just a random rule she needed to memorize. She didn’t understand that perimeter measures the outside edge of a shape; she just knew how to get the answer.

What she needed was an easy way to understand the idea of perimeter, so she’d be able to reason her way through a problem even if she forgets the rule.

Which is why I came up with the Perimeter Game–a super fun geometry game for kids that makes sense of perimeter in a way kids totally understand.

How to Play “The Perimeter Game”

BEST FOR: understanding what perimeter means

PREP: You’ll need a die and 1 inch tiles. (I have these plastic tiles, but this printable version works just fine.)

GOAL: Be the first to make a shape with a perimeter of 24 units

1. Roll the die. Take that number of tiles. 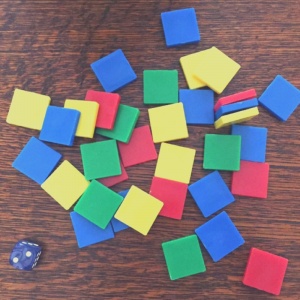 2. Use your tiles to make a shape. Each tile must touch another tile along a full side.

3. Count the outside edges of each tile in your shape. That number is your perimeter.

4. As your shape grows, you can choose to roll and take more tiles, OR to move one tile in your shape.

5. The first player to make a shape with a perimeter of 24 wins.

Getting the Most From This Perimeter Geometry Game

Here are some tweaks we made along the way that made our perimeter game even better: 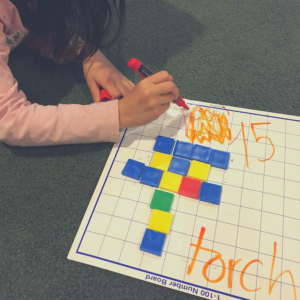 The trickiest part of perimeter is understanding how to count the units. 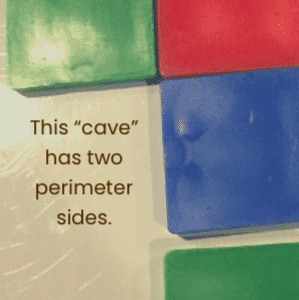 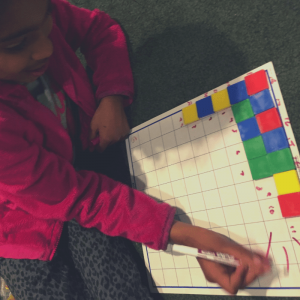 Questions and Wonderings About Perimeter

I asked the girls some questions as we played…