She’s only 6 years old! She’s barely been in school long enough to know what math even is, and already she’s decided she’s bad at it? How is that even possible?!

4th-5th grade used to be the danger age for girls deciding they’re bad at math, but this scenario is starting earlier and earlier…in first grade or even kindergarten.

Do girls just naturally have a harder time with numbers, or is something else going on here?

Let’s take a look at the 4 biggest reasons your girl thinks she’s bad at math, and some simple steps you can take to change it.

Mistakes in everyday life are a normal and necessary part of learning.

We take for granted that a baby will fall down over and over again before she learns to walk. We know that a toddler says things adorably wrong until she figures out how language works. It’s just part of the process.

But for some reason we’ve got this crazy idea that math mistakes are different. Our girls think a simple addition mistake somehow proves they’re bad at math.

I recently played a math game with 8-year-old girls. I noticed that whenever they made a mistake, or even just needed a little time to figure out a problem, they would squirm with embarrassment or make a joke to cover it up.

They all looked at me in astonishment. “Really?”

I could feel this collective sigh of relief. The energy totally changed when they realized I expected them to make some mistakes–and I wanted them to take the time they needed to figure out the math.

These girls’ experience is not unusual. Left unchecked, a girl’s fear of mistakes can spiral into a cycle of shame and insecurity about whether she’s smart enough to be good at math.

Reason #2: Hidden (and Not So Hidden) Messages About Girls and Math

Embedded in images like these is the assumption that boy brains are more mathematically inclined than girl brains.

It seeps into our psyche, and many of us end up sort of believing it without really knowing why. Your daughter hears stuff like this all the time: 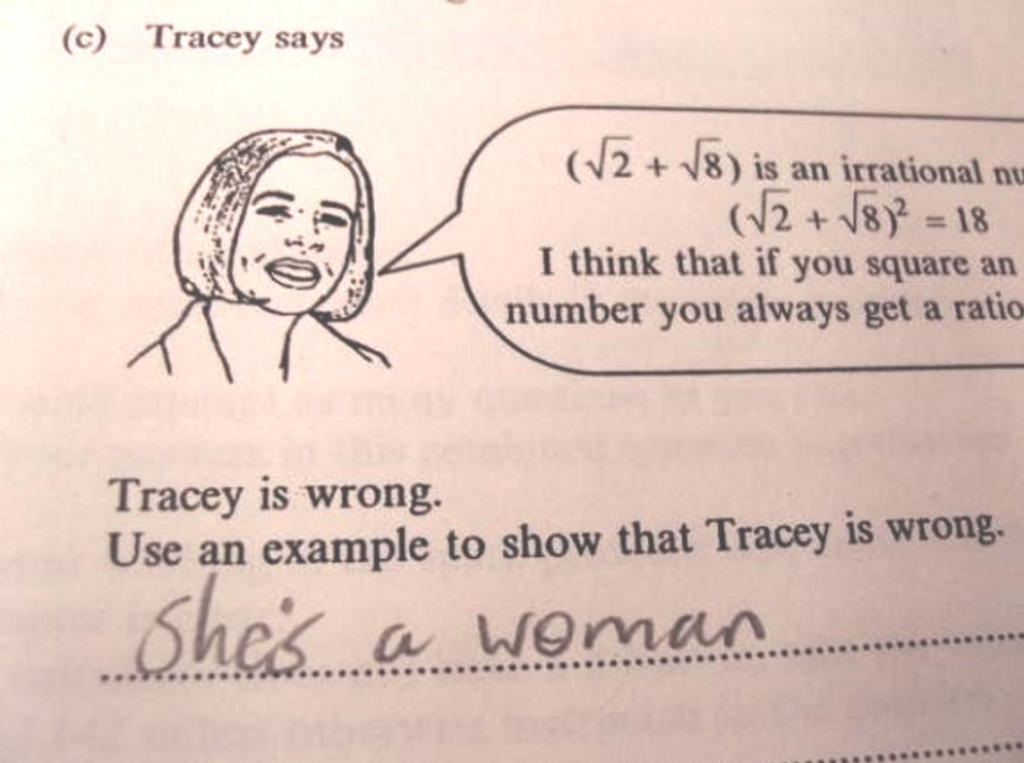 It doesn’t take long for girls to pick up on the subtle (and not so subtle) messages that girls are not supposed to be good at math. 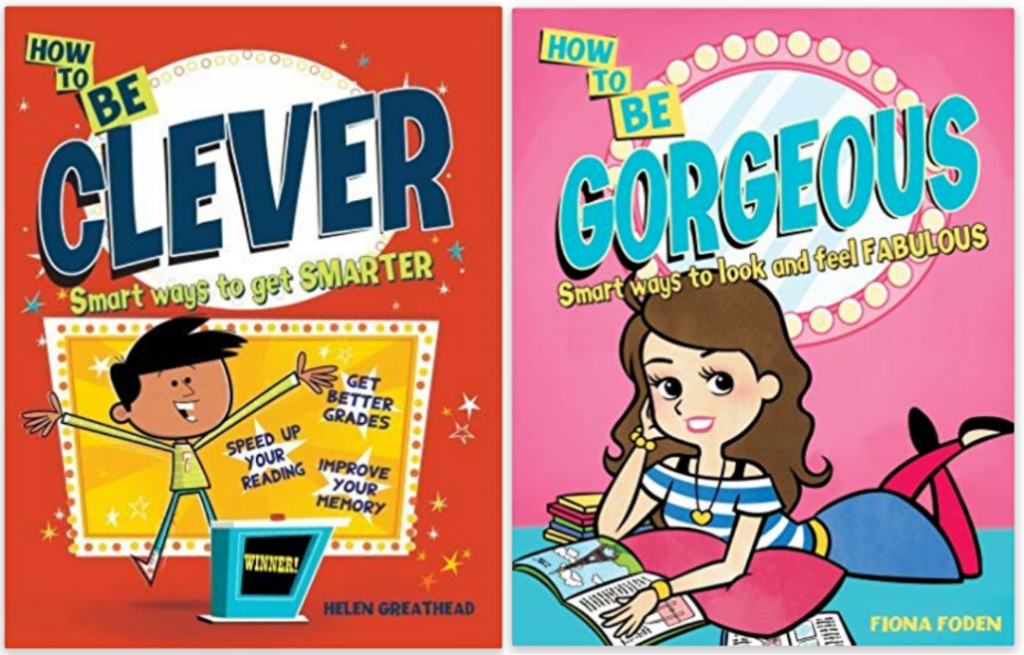 She might internalize the messages as true, so the first time she starts to struggle, she assumes it’s because she’s not a math person.

Or she might fight the stereotype, pushing herself to always be the fastest and never make mistakes. But when math gets harder and her perfect scores dip a little, she starts to doubt herself and wonder if she’s not as smart as she thought she was.

In either scenario her math anxiety goes through the roof. She feels stressed and frustrated, with a feeling that she can’t quite measure up.

The fault line appears when girls believe that some people are good at math and others aren’t–and “everybody” seems to know that math is not for girls. 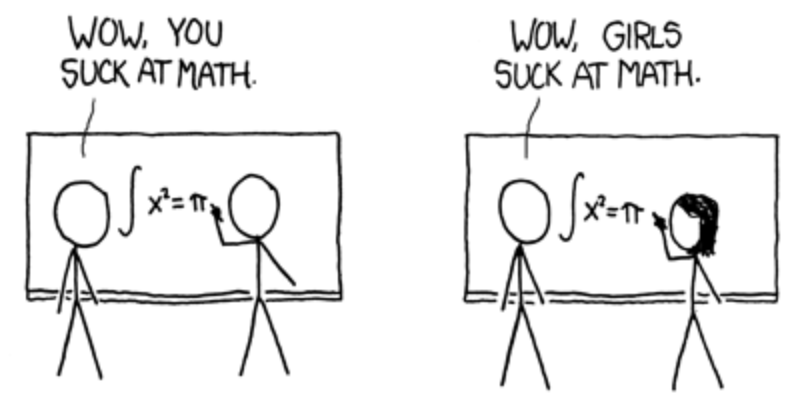 Reason #3: Memorization Has No Meaning For Her

I believe these messages would never gain a toehold into girls’ psyches in the first place if girls could learn math in a way that really worked for them.

Too many girls experience math as meaningless rules and random facts that have nothing to do with real life.

Girls want and need math to make sense, which is just one of the reasons memorization is so frustrating for them.

When girls have learned the facts and rules, and still don’t understand the “how” or the “why”, they think that means they can’t do math.

Not to mention, memorization is pretty pathetic as a learning tool.

Studies have shown that learners typically forget as much as 80% of what they’ve memorized–usually within just a day or two. This is part of a predictable phenomenon called the “forgetting curve”.

That means if your girl works for hours or even days and learns all of her times tables, most of those facts will fly out of her head in a matter of hours–but she’ll have no idea why.

Your girl thinks learning is supposed to be forever. When she forgets facts she memorized just yesterday, she thinks there’s something wrong with her…and assumes she can’t do math.

We mistakenly think timed drills will make our kids more confident and help them do math faster. But the tool we think will help them actually backfires.

Here’s what’s more likely to happen as a result of speed tests:

Speed tests don’t even work for the kids who do them perfectly. Jo Boaler, professor of Stanford University, found that the girls who got 100% of answers right felt the most anxious, saying they were “scared” when asked to take the test.

Speed tests reverse the progress that we’re hoping to see–virtually guaranteeing our girls will become more anxious, uncertain, and disillusioned with math.

Here are 7 simple, powerful things you can do as a parent that make a HUGE difference in helping your daughter become a confident math learner:

Please log in again. The login page will open in a new tab. After logging in you can close it and return to this page.